Not All Innovation is Equal

Consider those who make gainful use of innovation as benefactors.  However, those who are impacted by innovation may be unintentionally harmed.  Ask taxi cab drivers how they feel about Uber.  Often technological progress disrupts the industries it benefits.  Should anyone care?

On August 17th of this year I read an article in the New York Times entitled: Beyond Coal: Imagining Appalachia’s Future.  http://www.nytimes.com/2016/08/18/us/beyond-coal-imagining-appalachias-future.html?smid=nytcore-ipad-share&smprod=nytcore-ipad It described the case of failing to innovate, of avoiding all of the warning signs of a transitioning of the energy landscape.  On the other side of the energy equation, 20 years ago we ceded much of the emerging energy conservation and alternative energy generation technologies to the Chinese. 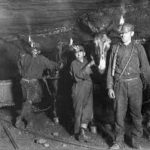 20 years ago, had someone asked the innovation disruption question, “Who loses?” Maybe a government/private industry partnership could have sprung up in Appalachia creating educational and employment opportunities for U.S. Citizens now left high and dry.  There are plenty examples of innovation that does both good and harm.  I suggest it doesn’t need to be that way.

For sure it would be unwise to slow down or put off technology innovation.  I suggest we push the innovators harder by having the solve the whole problem by providing pathways for the disrupted.  Read more…

I grew up fascinated by technology.  In my senior year in high school I was fascinated by a “new technology” that was introduced to control machine tools.  That technology was then called “numerical control”.  It was innovation that reduced both human error and human labor to produce what was heretofore manufactured by human labor alone.

Years later micro-chips and the minicomputer captured my imagination.  After earning my degree in electrical engineering, the first consumer computing products were introduced.

By 2010, in the shadow of the “Great Recession”, when so many workers were displaced and technology innovation exponentially increased to robots, self-driving cars and a rapid growth in the “sharing economy” like AirBNB did I start to question the blessings of technology innovation.  My questioning was increased by hearing the angry voice by the electorate in 2016.  While I don’t personally relate to the anger being voiced, I did want to listen and stay opened to legitimate grievances being voiced.

It occurred to me that some innovation threatens the livelihood of entire industrial categories.  This, of course, is nothing new.  Henry Ford whipped out the horse and buggy market for example.  However, over time, the automobile created many more jobs than it replaced.  Also, the auto “innovation” was spread over many years. 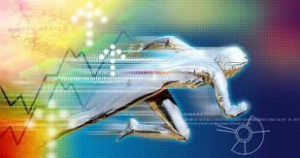 Innovation today, particularly digital innovation, occurs much more rapidly and is therefore more likely to disrupt older methods and processes.  I am not proposing to artificially slow down or repress innovation so us humans can “catch up”.  I am proposing to expand the domain of innovation beyond the new gadget or new process.

“Thoughtful innovative leadership” is required to expand the “problem solved” or “opportunity seized” to include the impact of any innovation.  The imperative to expand how we innovate comes when you consider the effects of reducing the buying power (through job loss or under-employment) of our consumer markets (70% of the US economy).  Carried to an extreme, blind and accelerating innovation, for its own sake, can have the proverbial “cat eating its tail” so to speak.  Advances through innovation need not be a zero sum game.

There are plenty of examples of win-win innovations like medical advances in the mid 20th century; breakthroughs such as the aspirin or polio vaccine or productivity advances like automated equipment and software.  These served the majority in our society and added value by lowering costs and improving the quality of life for most citizens.

There are other innovations, however, that benefit some at the expense of others.  Let’s consider an example to illustrate the point. 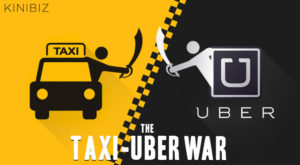 Situation: In New York alone there are 13,600 yellow taxi medallion owners.  There are now 20,700 Uber driver 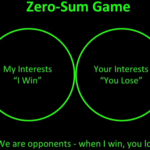 s that have severely cut into the taxi market and lowered the value of medallion holders by a bout 50%, all in 2 years. The technology infrastructure program that platforms Uber service has and had no regard for the disruption it caused.  This is neither good nor bad.  It is a fact. 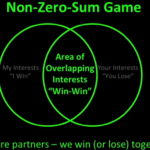 on the pre-existing taxi drivers.  While Uber was allowed to enter the market, a simultaneous “tourist platform” was introduced to transform taxi drivers into small party tour guides for the millions of tourists that visit New York every year only available to medallion owners.

Can We Try This?

In the example above, the Uber innovation begot the “tourist Platform” innovation.  So thoughtful innovation that pays heed to rapid, zero sum disruptions by introducing positive change and provisioning for the substantially disrupted will, avoid much of the dissatisfaction and scapegoating from those displaced.  If our imaginary example was true, the local economy would have realized net growth.  Both Uber and Taxi drivers might flourish and tourists would have access to new services.

Enlightened business and political leadership and collaboration can make this happen.  Try “thinking in advance”.